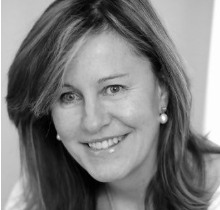 Grace Schroeder is the CEO at SLINGR

Grace founded SLINGR in 2010 and raised $3.5M in Angel financing including a sizable investment from Britt Banks, Chair of the World Economic Forum for Sustainable Mining.

Prior to SLNGR, Grace was the Senior Director of Channel and Field Marketing at Qwest Communications where she negotiated the first North American carrier agreement to integrate Microsoft’s fledgling Hosted Messaging & Collaboration (now LYNC) platform with Voice over IP delivered by Qwest.

From 2000-2002, Grace launched two managed hosting startups in Chicago IL that featured an EMC data-centric architecture that later informed the design of the SLINGR platform. From 1998-2000, Grace founded GO Trading in Los Angeles, CA which she grew from 1 to 5 branches and $3M in annualized revenue.

From 1995-1998, as Vice President of Variable Annuities, she helped design and launch the Transamerica/Dreyfus Triple Advantage Variable Annuity which she grew from launch to $400M in the first 12 months, and then launched the successful Charles Schwab Variable Annuity. Prior to Transamerica, Grace managed a retail client base for Shearson Lehman Hutton and was responsible for the Northern California territory for John Nuveen & Company where she helped launched the first closed-end bond fund, raising $1.2B in 1987.

Grace has a BA in Psychology from San Francisco State University and has attended executive education programs at the Center for Creative Leadership in La Jolla, CA, Harvard University and Northwestern/Kellogg.

Grace Schroeder is the CEO at SLINGR

Enter the email address that you signed up with and we will email you a password reset link.

Your session is about to expire.